On July 31st, Zimbabweans should speak from the heart 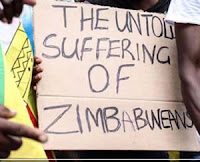 On the 31st of July, Zimbabweans will come out to demonstrate against Zanu PF and how this gang of cruel men and women has ruined their country almost to the point of no return. In this article, I want to urge people to make this demo very personal for themselves. The world will be watching, be a part of history. I am urging people to speak from the heart through various media at their disposal, be it posters or placards in the streets, or tweets, Facebook posts, text messages, WhatsApp messages, audio recordings, and much else. Let's make the world feel our cries and despair.

Between now and the 31st of July, I urge everyone who is taking part to take a moment and decide on the message they want to convey to the world with regards to the atrocities Zanu has been carrying out in our once lovely country.  The message has to be personal for it to be impactful. Say what’s in your heart. See how Zanu has failed you, see how they have cut off your potential. You had dreams when you were young to be 'somebody' when you grow up. By now you thought you would have a house of your own, a decent job or a business of your own, but now you can’t even have a decent meal, no water; electricity is touch and go and a headache can kill you because the health system has been so run down by Zanu theft and incompetence.

You see people of your age whose parents are Zanu officials driving around in plush cars bought by money that is stolen from your heritage as a Zimbabwean citizen. Look around you, see the damage Zanu has done to your loved ones. Your uncle who died from malaria because he could not afford to pay for the prescription, your aunt who died from diabetes because the family could not afford to pay for the insulin; your grandfather who had to be ferried to a local clinic at night by wheelbarrow only to find it closed because there is no money to run it – it’s been stolen by Zanu.  Look at the mothers with their hungry babies lying on street pavements 12 hours in the cold only to sell a handful of tomatoes. 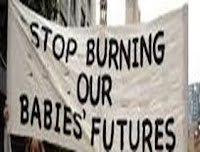 Look at the dreams Zanu have shattered, university graduates selling airtime cards on street corners, young girls who are having to sell their bodies to men like the old men in Zanu and their rich friends. Look at the people fleeing Zimbabwe into South Africa, including mothers with babies on their back trying to sneak under razor wire. Many of these people will never see their relatives again, many will miss funerals of loved ones, some may even be unfortunate enough to be subjected to another wave of xenophobic machete attacks in South Africa. This is what Zanu has done to us.

Have this deep think, and then design your makeshift placard. Tell the world what you think about Zanu, Mnangagwa, Chiwenga and all the cruel people in this government. Tell the world what these people have done to you, to your family, to the neighbourhood you grew up in, and to your country. Tell the world you want all of them gone, all of them, from the president to wastes of space like that Matemadanda man who continues to embarrass us all whenever he opens his mouth.