The Zimbabwe Human Rights Organisation (ZHRO), chat rooms have been alive today with the news that, popular and extremely loved Zimbabwean Journalist, Hopewell Chin’ono, has been abducted.  The abduction is said to have been carried out by State Security agents.  He was abducted from his home in Harare Zimbabwe, following credible allegations that the President and or his; children may have been involved in the looting of COVID-19 donations.


This is what happens to investigative journalists in #Zimbabwe. They are abducted and tortured by the state. Here @daddyhope is being taken by a security agents and a police officer. @SYMAAG @RefugeesAtHome @ukhomeoffice @SADC_News @CyrilRamaphosa @hrw pic.twitter.com/WFjbMCrcSF
— ZHRO (@ZHRO_Zimbabwe) July 20, 2020


The abduction occurred today, Monday 20th of July 2020.  He filmed part of the abduction from his cell phone and shared it, for the whole world to see that the regime of current the President and leader, of the Zimbabwe African National Union Patriotic Front (ZANU PF), Emmerson Mnangagwa is indeed much, much, much, worse for the people of Zimbabwe, than the one formerly described as despotic, the late Robert Gabriel Mugabe.

Robert Mugabe had ruled Zimbabwe for 38 years and Mnangagwa was seen as Mugabes right hand man. 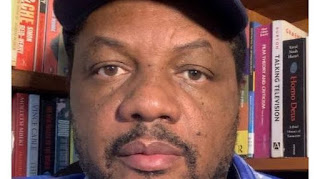 ZHRO is extremely dismayed to hear that the abduction of Journalists without a warrant, is still going on in Zimbabwe.  This is the same country where the current regime keeps touting around the world that, Zimbabwe is open for business.  At this rate they are showing that the landlocked country, is in fact, more open for abductions and torture.  One wonders which business man will be happy to take his money to Zimbabwe, after reading about such regular occurring abductions.  One also wonders which human rights sanctions will be removed from a country that is still engaging in the abduction of journalists that are not part of, or forming political organisations that might lead to the overthrow of the government.

The abduction of the brave journalist has been likely precipitated by his investigative journalism which led to the firing of the Minister of Health for being involved in the stealing of COVID-19 donations.  The donations were made by countries like, the United Kingdom of Great Britain and Northern Ireland (U.K.), the United States of America (USA) and the European Union (EU).  The credible allegations are that the theft leads all the way to the fruit of the Presidents loins.

Hopewell Chin’ono’s laywer, Beatrice Mtetwa who was also once abducted and tortured by the same ZANU PF state apparatus, knows all too well, exactly what the Mnangwgwa regime and its state and non state proxies may do to Hopwell Chin’ono.

The abduction of Hopwell Chin’ono is not too long after the abduction of the World’s Best Young Politician of the year, Zimbabwean, Movement for Democratic Change Alliance (MDC-A) MP Joana Mamombe.  She was abducted and tortured along with MDC Youth activists Cecilia Chimbiri and Netsai Marova, by the same regime that is said to be, evil, blood sucking and despotic.  The regime is known for, molesting and rapping and strongly rumoured to castrate and mutilate the genitalia of men and women.

Also abducted today is one of the men spearheading the Yellow Vest Zimbabwe demonstrations, which are planned for the 31st of July 2020, Jacob Ngarivhume.  There are credible rumours that the regime is also are hunting for Promise Mkwananzi with blood shot red eyes.  He seems thus far at the time of writing to have evaded the State security.

As suggested by one of the ZHRO Elders Orivasi Madondo, those without underlying health conditoins will be participating in the peacefull planned protest on 31 July 2020.  ZHRO will likely be meeting outside the Zimbabwe Embassy at 429 The Strand, London.  Orivasi Madondo was one of the participants in the famous ZHRO Chatham House protest.  Any changes will be anounced through the official ZHRO media and Channels in the ZHRO platforms.

The next Wednesday Vigil protest will be announced on ZHRO official platforms.  ZHRO would like to encourage all its members to keep in touch through social media.

Please see the links below.

Events and Notices:
Next ZHRO London Vigil will be advised on the ZHRO WhatsApp platform by ZHRO Leadership.